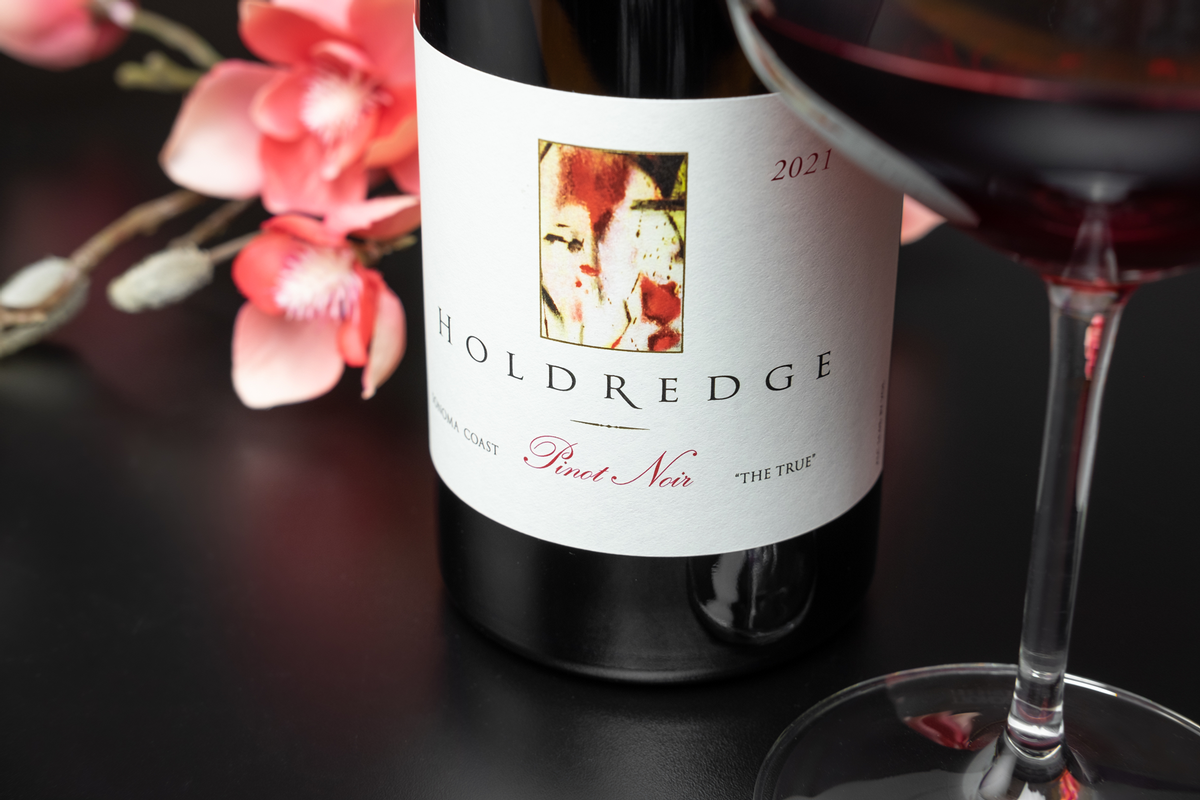 It’s about a 3 ½ hour round trip from Healdsburg just to do a quick check on this vineyard. I never mind it though- whether I go due west on Stewarts’s Point road or take Highway 1 up the coast, it’s incredibly beautiful. I’ve traveled these roads for almost forty years now, and have more than a few fond memories out here.  Sometimes, when I wait to call the pick to get “something more”, I wonder if it’s also that I’m just reluctant to lose my reason for going out there.

Until you open that first bottle of a new vintage, it’s always a mystery what a wine will be like compared to its predecessors. In this regard, I thought The True from 2019 had a focus that was nicely balanced by its generousness and coupled with its truly ripe flavors was unlikely to be a profile I’d see again anytime soon. The 2021 picked up where the 2019 left off and then some; it has a similar meld of unctuousness and focus, but in terms of its personality, the 21 carries a little more depth and a little more swagger, as though it’s saying “you didn’t think I could do this again? Here, hold my beer”.

The fermentation began (slightly) 7 days after crush, by which time my notes indicate that I’d punched the bins down 26 times, and the color was really quite vivid. Fermentation really took off two days later, but it didn’t build heat as rapidly as is often the case with wild fermentations, so it was a slightly slower fermentation. Finally, on the 17th day, it hit my favored touchpoint (90 degrees) and I pressed it on day 22 (with about 1% or so sugar remaining as I prefer to finish in a barrel). That was pretty much it, and while I’d love to weave a story about my comprehensive efforts in making this wine, the truth is, other than doing a lot of punch downs and pressing it to barrel, I just kind of watched this beauty evolve.

We decanted the first bottle (this is a young wine) but it opened much more quickly than I expected. The next bottle I opened I poured a glass and just recorked the bottle, and after the second full day, as is often the case with young wines, it was showing much more of what it had to offer. With the first bottle, I cooked a very simple Risotto with Chanterelles and peas, and added a little cream and shaved Parmesan when I finished it (to fatten it up). I paired the second bottle (on the second day it was open) with grilled King Salmon (grilled on indirect heat as it rests on lemon slices). In both instances, that vibrant acidity cut through the richness of the food.

As a passionate cook, I value how acid and richness in a wine enhance food, as a wine collector, those are the hallmarks of things I look for in age-worthy wines; this one pleases me both ways. I hesitate to give a drinking window for this; it drinks well now with decanting, but it will continue to evolve for a very long time - probably until I work harvest solo again. Only 129 cases made.