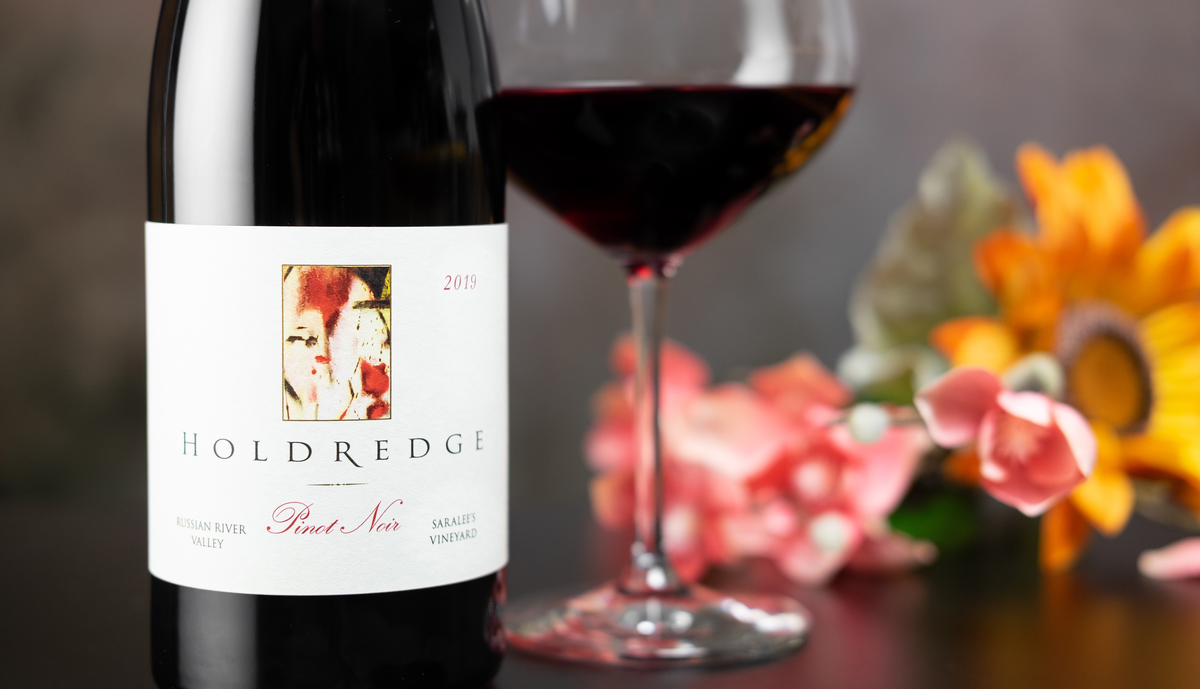 While I feel a close connection to each vineyard I work with, I have a deep emotional bond with Saralee’s Vineyard. When we started out, we wanted to make Pinot but it was hard to find then. I had taken care of a problem she had, and one day in early 2001, she called and said she had heard I was looking for Pinot and would be willing to sell me 5 tons. While we had planned on being a Zin and Syrah house, we really loved Pinot and wanted to make it too. So with no experience with the grape, we plunged ahead with a wine to compliment our mainstays.

While the Zin and Syrah did great, the response to our (her) Pinot was fantastic. Four years later, we were making even more Pinot, and the movie “Sideways” came out, and the world of Pinot just exploded. A couple of years after that we decided to simply focus on our favorite grape, from our favorite region. Although we’ve added quite a few Pinot vineyards to our lineup since our start, we have made wine from this vineyard every single year; some formed the backbone of our Russian River blend, and some (Martini Clone) was used to make our single-clone Pinot called “Shaken Not Stirred”.

We had some great times with Saralee and Rich, a party at their house was always epic. But my bond here goes deeper than grapes and socializing- I taught my son, Will, how to fish in the ponds in this vineyard starting just before his fourth birthday. A father never forgets the moments and places where his son learned how to fish. He went with me on vineyard checks, and over time, got to know a lot of the guys on her crew, many of whom still remembered him years later when he began doing field labor in the vineyards. I also forged a friendship with winemaker Rod Berglund out of our shared love for this vineyard that lasts to this day. So this place has played a central role in my life, and that of my family and my connection runs very deep.

Saralee sold the vineyard to the Jackson Family in 2012 two years before she passed away, and the Jackson family has been exceedingly gracious and continues to sell us fruit. They farm the vineyard as they do all their vineyards- sustainably, and with respect for the place. Walking this vineyard stirs a lot of memories, all of them good. A few years ago, when Will made his first wine to commemorate Saralee, Carri and I realized we needed to designate a wine from this very special place that has touched our family in so many ways, and show our love and respect for SaraLeee. Starting with the 2016 vintage, we are finally doing so. I hope to make Pinot from here for as long as I make Pinot.

I learned a lot about the voice of place from this vineyard. It sits in a soil series known as “Yolo” – the soils are quite deep and quite vigorous (they use a double cordon to keep the vigor at bay and balance the vines). It took quite a few years of working with this place until I understood that no matter what I wanted this place to be, the wines were going to be what nature would give me: red, pretty, and elegant. Really grasping this was a real milestone in my development.  That lesson of yielding my goals to nature’s gifts is an approach I take into every vineyard with which we work.

We take several clones of Pinot from this vineyard, and while I love the “Pommard” clone, I think my personal favorite is the “Martini” clone; a tribute to the name of the ranch where it was first identified. There are two clones of Martini, one known as Clone 13, the other as Clone 15. I usually get equal amounts of both, and varying amounts make their way into the blend each year, together they comprise the most of the finished wine. But in 2019, the Clone 13 was hands down the best fruit I’d seen from that vineyard since the 2001. They were the kind of tiny clusters and tiny berries (meaning more skin than juice) that makes a winemaker’s heart go aflutter. It was an easy decision to vinify them separately, and while in any other year the clone 15 would have been a big part of the finally wine, the 13 was just so stellar, it is the only Martini I used.

The finished wine is 80% Martini Clone 13, 15% Pommard, and 5% Clone 114. It has the quintessential red fruit flavor profile I expect from this place every year; but instead of “sweet” cherries and strawberries, there’s almost a savory character to the fruit- along with a touch of rose petals. As always, it has that almost voluptuous mouthfeel I prize so much, but those small berries from the Clone 13 provided an array of silky tannins that carry the mid palate and finish. This wine is perennially one of our most age-worthy wines (we’ve been enjoying the wines from 2007 and 2008 from this vineyard of late), and this one is no exception. Although this is a wine that is ready to drink right now, it’ll evolve for the next 9-11 years, and quite likely longer.