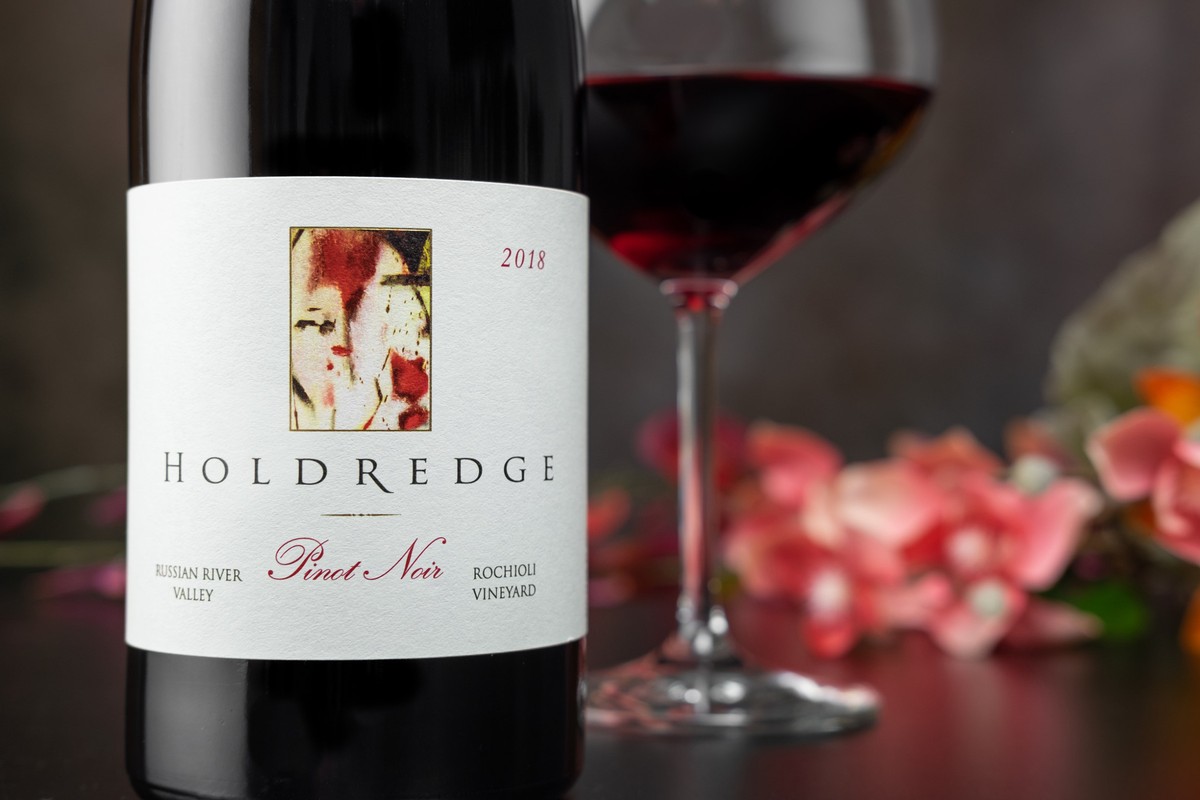 This wine comes from the Rochioli Vineyard, one of the most iconic North American Pinot Noir vineyards. The story of Russian River Pinot Noir literally began at Rochioli where, in 1968, Joe Rochioli Jr. was among the very first to plant Pinot Noir in the Russian River. He did so at a site that is now synonymous with excellence in Pinot Noir, an undisputed Grand Cru location if we used that measure in America. The farming is meticulous but reflects deference to nature that is shown in the fruit.

The vineyard is about 140 acres, divided into five blocks; there are 22 separate sub-sections among the Pinot plantings. Our fruit is grown in a block off Sweetwater Springs Road (the “Sweetwater Block”), which is their highest elevation planting of Pinot Noir. Our grapes come from a section of Sweetwater called the “West Block Selection section”, as it is planted to 100% Rochioli West Block clone (until 2015, all our wines from there also had a small amount of Pommard clone, which was replanted to West Block clone). The vineyard sits on an east-northeastern facing slope, has Goldridge soils, and the rows run northeast-southwest.

We began making wine from the Rochioli Vineyard in 2012. Our experience has been that there is an amazing level of consistency year to year for the aspects we consider from a scientific viewpoint, like sugar, acid/pH, and tannin (the West Block clone typically shows great tannins), and more importantly from a flavor standpoint. But the most distinctive aspect of the vineyard is the certainty of the voice of the wines from here. There is a real heritage in the place, and the wines reflect that heritage in a quiet, confident way.

The adage “this wine made itself” was written for this wine. In looking at my notes, and the fermentation chart for this wine, it pretty much did all I could ask- it came in cold (51 degrees), then cold soaked for 7 days. Fermentation began spontaneously on native yeasts, lasted 13 days, and hit a peak temp of 90 degrees. Other than multiple daily hand punch downs and measuring sugars and temperatures, the wine just did its own thing. I looked at lab work (brix, pH and t/a) from samples I took at the end of cold soak, and in comparing them with prior years, the differences are truly minute. It’s a reflection of the site and the level of farming.

The early elements of the 2018 that stand out for me are its structure and focus – even though this is a rather opulent wine, the acid and tannin really frame that up nicely. As has been the case for us, red fruit (especially strawberries) drives the aromatics, along with a really nice floral component on the top.

This is being released to the wine club in September 2020. As part of our dedication to market research, we’ve repeatedly tasted the wine at dinner to ensure it is ready, a sacrifice we’re willing to make. We’ve found Steak Florentine a rather comfortable pairing, particularly with some seared mushrooms, and a little pan sauce of steak drippings, veal stock, and red wine. I expect to be enjoying this pairing for a solid decade to come.