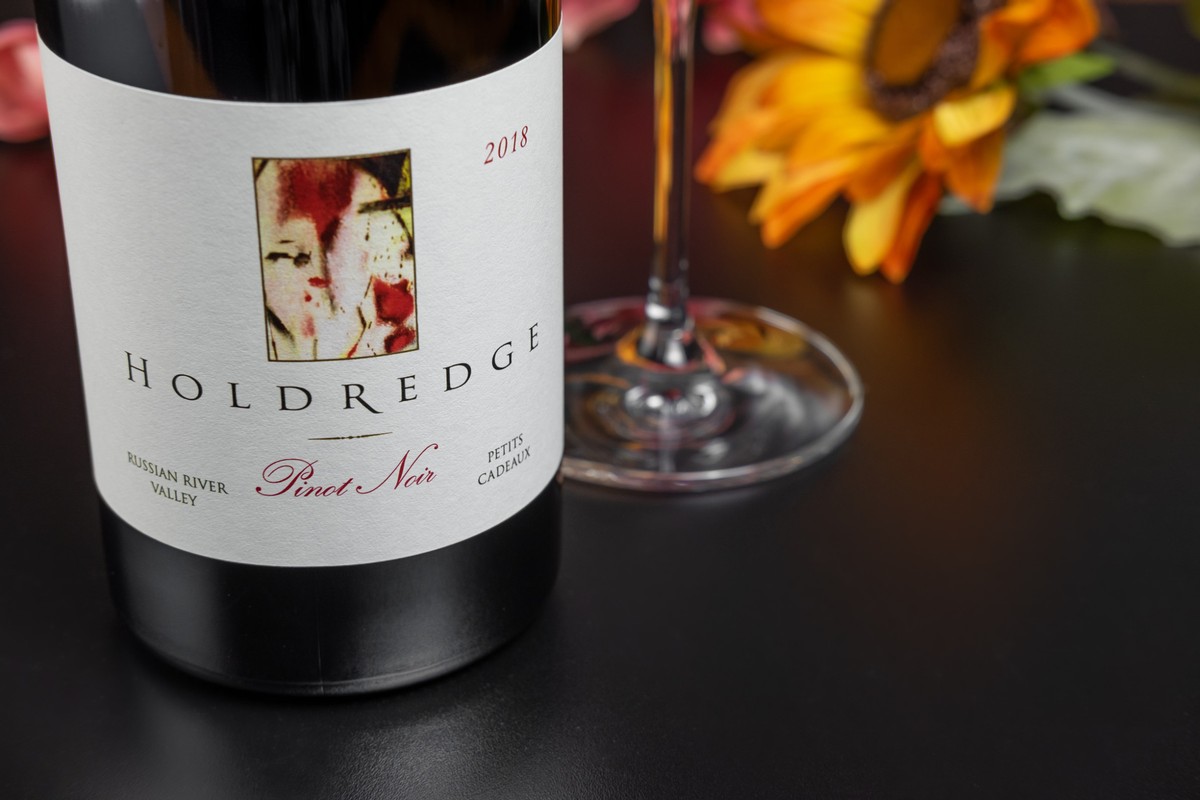 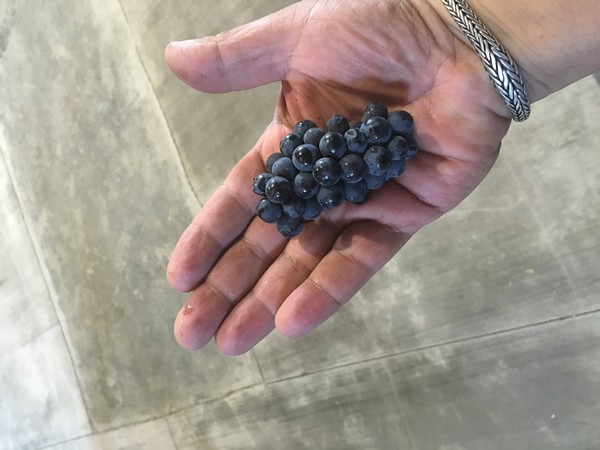 This wine comes from the “Maratella” Vineyard, which is located on the “Laguna Bench” -  a slightly elevated section of land that sits in the middle of the Russian River Valley floor, generally between River Road and Piner Road. The soils are known as “Huachica”, which is a clay-loam series. While some winemakers decry clay loam soils for Pinot, the simple fact is that well-drained clay soils can offer a remarkably deep flavor profile. The combination of well-drained clay soils doesn’t occur often in nature; in this instance, it is the result of an amazingly complex system of engineered subsurface drains. But this technical aspect pales in comparison to the meticulous farming- there isn’t a single leaf out of place.

Friendship makes for the best wines- in addition to loving the voice of a place, it is very important that our growers are people we like- it’s how the whole thing comes together. In part, what makes this vineyard special is the talent of my friend Mike Sullivan (winemaker and part-owner of Benovia Winery which owns the vineyard), who farms with a zeal that pushes the limits. Mike’s vision was to plant the clones a winemaker would want, including some very rare clones. I take different clones from a few blocks, but my two favorites make up the backbone of this wine- both are reputed to have originated in the French village of Chambertain,  and are distinctive in that they produce incredibly tiny clusters; barely the size of the palm of your hand. These tiny clusters have tiny berries- so there is a lot of skin relative to juice- and skin is where all the good stuff like flavor and color comes from.

For a winemaker, these clusters are “little gifts” from nature (hence the name “petits cadeaux”; they are pretty much the structure every winemaker is thrilled to have cross their sorting table. I only wish there were more.

We take multiple clones from this vineyard and typically do two different picks a couple of weeks apart. Usually, the tiniest berry clones (90, 96, and Hanzell) compromise the biggest parts of this wine – around 80-90%. But the fruit in the second pick we did there in 2018 (Pommard, Martini, and AS-8 clones) was ridiculously good, and we ended up with a blend that was only about 55% of the tiny berry clones; the other clones were just that good. It showed a lot of baby fat when it was young, but has evolved into a nicely structured wine. It was a smash hit when we showed it at barrel weekends a year ago, and it is just on a very nice trajectory.

This vineyard has always spoken with a big bold voice, and the 2018 is no exception. My first impression on smelling it was that it was brimming with plums and super-ripe red raspberries. The first comment I wrote as we started tasting for these notes was “opulent”, after which I noted how complete it already seems. As I’ve tasted through a few bottles now, I think it has an aromatic profile very much like the 2014, but it has the mouthfeel and richness of the 2013. But perhaps equally important is that it has really sensational acid, meaning it will work with super-rich foods.

How rich? Well, I paired it with Tagliatelle pasta in a shaved black truffle cream sauce with a touch of shaved parmesan. The wine not only complemented the flavors of the dish, but the acidity was more than enough to cleanse the palate from such a rich dish. But a few nights later we had a bottle with just some fresh bread and olive oil, and it was just as wonderful a pairing. I tend to enjoy this wine a bit sooner than some of our others, but this one will continue to develop. 150 cases made. Drink now to 2025