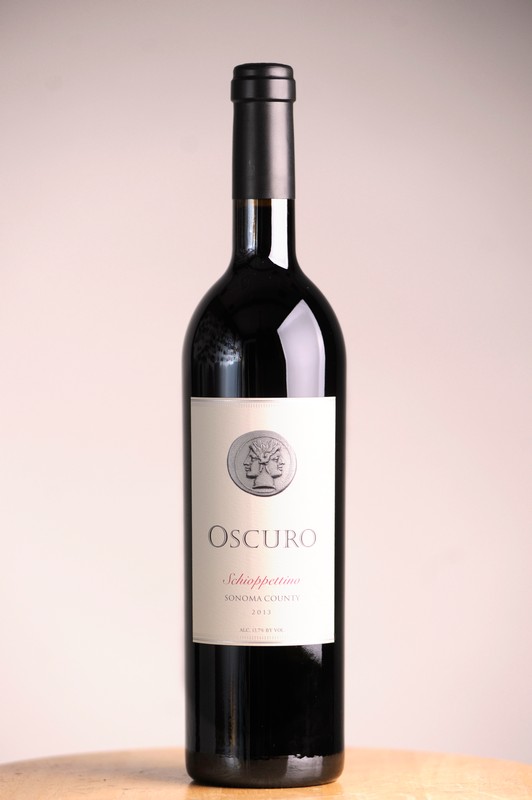 The “hello” to the release of this wine is also the “goodbye”. In 2004, we made and released the first Schiopettino from grapes grown in North America. What began as a lark opened some amazing doors for us- and our second label “(Oscuro”) has been a lot of fun as we explored other voices in wine. It’s also been a lot of work – the various grapes for the Oscuro wines always come in late- well after the Pinot is in. By that point I’m pretty tired, and as the years have gone by, we’ve made more and more Pinot, so that late harvest work has become harder- and yes, I realize part of it is I’m a lot older. So, the 2016 harvest was the last for “Oscuro”, and fittingly, it ends with the release of the wine from the grape variety that began it all for us.

Anyone who knows us also knows we most highly prize the emotion of place. I frequently talk about how making wine is an exercise in letting go of control; of acknowledging your lack of importance to the process; that nature is all that really matters. This can lead to moments where as you walk a vineyard it feels as though the universe is flowing through you. It’s not exclusive to vineyards-it can happen anywhere - it’s just where it’s most likely to happen for me. Rare, fleeting, and not something one can make happen- it just does – but its absolutely amazing when it does.

The prior harvest (2015) was filled with these moments- every vineyard walk seemed to just go there. As 2016 began, I was really looking forward to more moments like that- but they just didn’t happen, and as harvest wore on, it was almost puzzling me. We picked the Schiopettino in October- they were the last grapes we picked, in fact, all the other wines were already in barrel. The interns were done for the year, so it was just me, puttering around one small lot of wine, just as when we began making wine in 1999, which kindles some great memories.

One afternoon, I was working alone in the winery and not really thinking about anything in particular. I was in the back along the tanks and I think I was washing something. I happened to look up as a shaft of sunlight came streaming through the back windows of the winery onto the bins of fermenting Schiopettino. It carried the softness and particular hue of gold that only comes in late autumn; an early nod to the coming winter, but there was more; an emotion that flooded the winery. And as I saw that and felt that, there was a moment, not for any specific reason or for anything I had done, more because I was truly and simply in the moment. I know I had a huge (probably goofy) smile, because Nature had just reminded me that whenever I truly let go, the thing I had been looking for most could be there at any moment – but I can’t “make” it happen, I have to let go of self. Which pretty much sums up many things in life when it really comes down to it.

So, while I could tell you about the picking call (patience won the day), or the flavor profile and aromatics (blackberries, blueberries), or the mouth feel (rich, viscous, palate filling, hedonistic), or throw in some adjectives (delicious,) it’s that moment that defines my personal connection to this the wine. As I write this, almost three years later, the moment is no less vivid, and the connection I feel is no less. I hope that comes though in a small way.

I began by saying this is a goodbye to the Oscuro wines, but perhaps instead I’ll just say “until the next time”. Turns out, I’ve heard of some interesting grapes in a small vineyard not far from here……