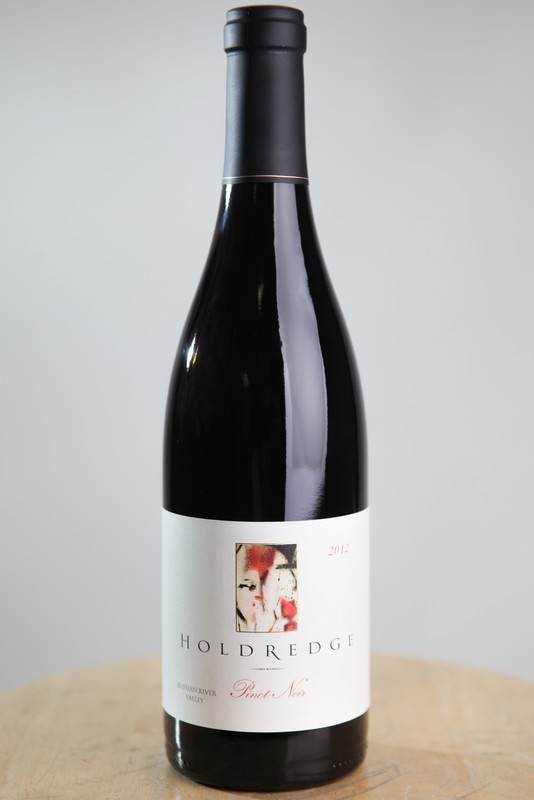 Sonoma Mountain is an iconic feature of Sonoma County’s topography; there are a surprising number of well-regarded vineyards nestled about the mountain, among them a few gems. The Mountain has a very different voice than the Russian River or the Sonoma Coast, and I wanted to make a wine from there since I started making wine. This wine tells a story from rich soils at the top of the mountain to the rock-strewn lower slopes.

Steiner Vineyard sits at 1200 foot in elevation on the east side of the mountaintop, situated in highly prized “Goldridge” soils. We take Pommard clone, Swan clone and clone 667, and first began working with it in 2012, which led to a wine some may recall: Indigo Dreams, which we did for several years. It was a powerful and potent wine. As much as I liked the wine, I always wondered what it would be like if I could add another dimension to it.

That opportunity came my way with the 2016 vintage- when I finally got my hands on a vineyard along the lower slopes of the mountain (technically a “Bennett Valley” address) known as “Dry Stack”.  Discussion of soil here always gives way to a discussion of the huge amount of fractured rocks in the vineyard- it is the type of place that makes a winemaker’s pulse quicken. The term "dry Stack" was used int he British Ilses to describe walls made of rocks piled up without ortat to hold them i place, and indeed, this property has such walls surroundng it. I had other wines from here over the years I had really liked- in part because all of them had a very tightly focused core.

As the 2016 wines went through elevage, during my regular barrel tastings, I started playing with a blend of the Dry Stack with the Steiner – and almost immediately felt like I’d opened some amazing possibilities. In the end, the wine has 14% Dry Stack, and 86% Steiner, and to me, evidences a sum far greater than its parts.

No discussion of this wine can be had without acknowledging the work done by my friend Chris Bowland, one of the finest viticulturalists around, with a winegrowing pedigree second to none; his client list is a very focused "whos-who" of iconic Pinot producers. Chris and his crew have elevated these sites to two of the most highly prized on the mountain, and the wines show it. Picked 12 days apart, the 2016 wines told very different stories- the Steiner from the start was bigger, weightier and flavor wise had a very cool layer of red raspberries notes over darker plum fruit.  The Dry Stack had brilliant acid and very low pH, so it was 90% destemmed with 10% whole clusters (the stems drive the pH upwards and soften the wine. More significantly, it had a depth from very dark red fruit- with an almost laser –like focus- so I pressed it with about 4% sugar remaining, and finished the fermentation in barrel to round it out even further.

When I began assembling possible blends, I already knew the wines Steiner would carry the lions’ share of the blend, and I thought maybe 10% Dry Stack would be the final mix. As it turned out, after tasting around 60 possible blends of those vineyards and the various barrels (new, once used, neutral) etc. we ended up with 14% Dry Stack- which just gave the core an amazing boost. This is a wine that is drinking well now, and will evolve for at least another 6-8 years.